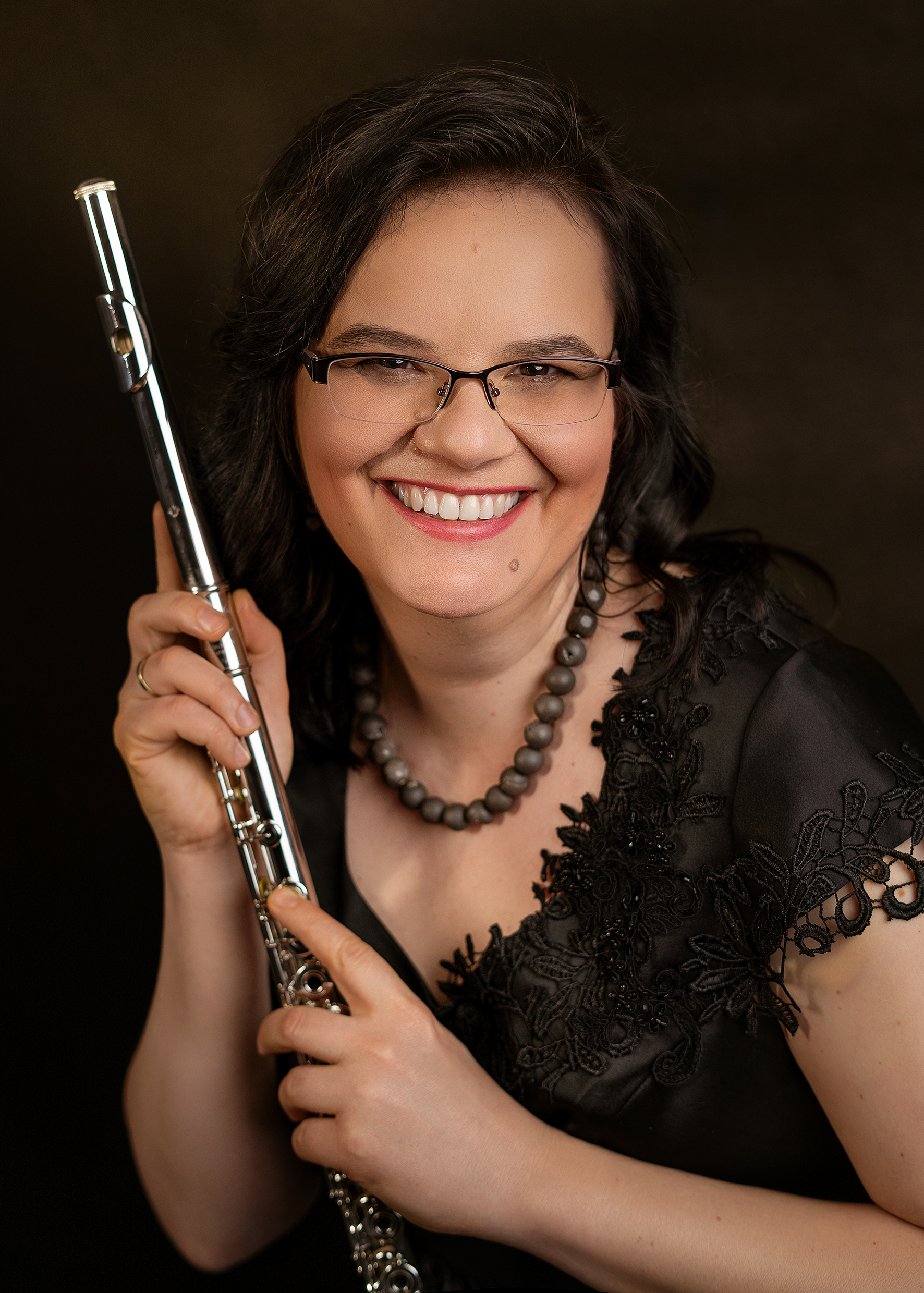 Alicja Molitorys, flutist from Poland, enjoys an active career as a soloist and chamber musician. In 2000 she graduated with distinction from Music Academy in Katowice. She received a one-year-scholarship from Svenska Institutet to study in Malmo (Sweden) with prof. Anders Ljungar-Chapelon. In order to develop her musical abilities she took part in several masterclasses with distinguished flutist. In 1998 she received special Meg Rivers Prize at the Albert Cooper Flute Competition in Stratford-upon-Avon (Great Britain).

As a soloist Alicja has performed recitals of new works and contemporary standards. She took part in Joint Competition for Composers and Flutists during FLUTE: Hands on Research 2018 in Aveiro (Portugal). The piece she presented “Kioloik” by Pawel Hendrich, won the first prize. Recently she is interested in solo appearances with live electronics. In May 2019 she was invited as an artist in residency during Journées Art & Science in Saint Etienne (France) where she premiered two pieces for flute and Sampo. In July 2021 at I Djurs & Mols Festival in Denmark she performed “NoaNoa” for flute and electronics in the presence of the composer in residence, distinguished Kaija Saariaho. In April 2021 Alicja gave a premiere of commissioned Flute Concerto by Ryszard Osada at the opening concert of 33. Krakow International Festival Of Composers. Her beloved flute took her to many different venues across Europe: Great Britain, France, Germany, Italy, the Netherlands, Belgium, Lithuania, Turkey, Denmark, Norway and Sweden.

In recent years, collaborating with aspiring composers, Alicja has commissioned and premiered over twenty pieces written for Lorien Trio, consisting of flute, viola and harp. Currently she is the Principal Flutist of the Orkiestra Muzyki Nowej (OMN Ensemble – www.omn.art.pl), a position she has held since 2000. She performs regularly at international festivals of contemporary music, such as Warsaw Autumn, European Capital of Culture – Mons 2015 (Belgium), Melos-Ethos (Slovakia), Beijing Modern Music Festival (China), Klang Festival and Hindsgavl Music Festival (Denmark). Since 2013 Alicja Molitorys has been a vice-president of Orkiestra Muzyki Nowej, focusing of international collaboration, promotion of contemporary music and audience development. In 2012-14 she represented the ensemble during Cultural Programme supported by EU “New:Music New:Audiences”, networking with 31 ensembles from 17 countries.

For ten years the flutist has been collaborating with Japanese pianist Rinko Yoshino. They performed several times both in Poland and Japan presenting music of their countries. Alicja taught also masterclasses for young Japanese flutists in Muramatsu Studio in Nagoya.

Throughout her career, Alicja has remained active as  a flute teacher. She has as well developed a keen interest in introducing the contemporary music to the younger audience with no prior musical experience. She has given lectures and workshops on contemporary flute techniques at conferences across Poland and online. This year she has been nominated a consultant of Centrum Edukacji Artystycznej (https://www.gov.pl/web/cea).

Last year she wrote at the Chopin University of Music in Warsaw a PhD thesis on the different roles of a flutist during the composition process based on the newest repertoire.